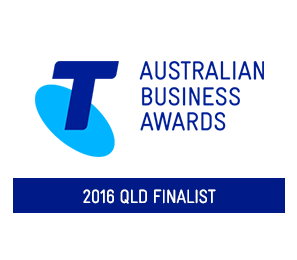 Engineering Applications (ENAP) was engaged by Holcim Australia to perform the Civil, Structural & Mechanical works for the new Primary Dump Hopper & Feeder at the Beenleigh Quarry.

The scope awarded to ENAP included:

Design drawings were supplied by Holcim, but these had not been RPEQ signed off. ENAP was able to complete this review using our in-house design capability and complete the engineering promptly, to keep the project on schedule.

ENAP completed the initial part of the civil foundation works two months prior to the planned plant shutdown. Works included the installation of rock anchors, steelwork, and formwork, prior to completing approximately 150m3 of concrete and foundation works.

The fabrication of the new dump hopper and support steelwork (approximately 50t) was completed at ENAP’s fabrication workshops in Hemmant. Works were completed in a staged process over two months prior to the planned shutdown, with ENAP’s in-house welding inspector and QA engineer completing quality checks and documentation, including workshop assembly. All steelwork was then blasted and painted to client specifications, prior to delivery to site.

ENAP then completed the mechanical assembly and alignment of feeder components for successful commissioning of the equipment upon plant start-up following the shutdown window. The project was completed safely, on time, within the client’s budget and with a high standard of workmanship. 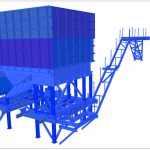 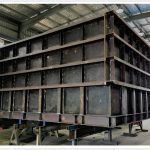 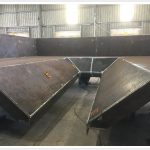 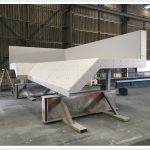 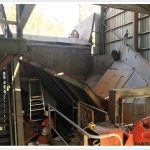 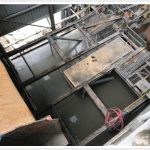 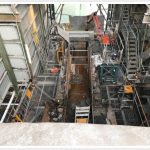 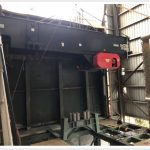 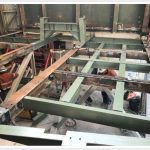 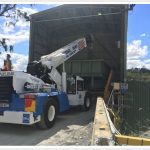 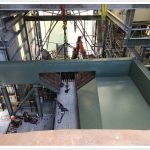 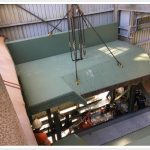 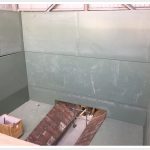 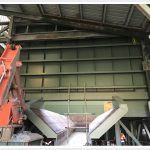 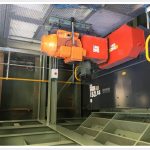 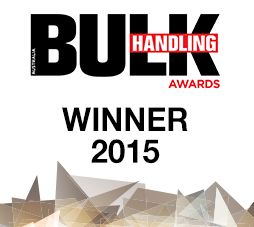